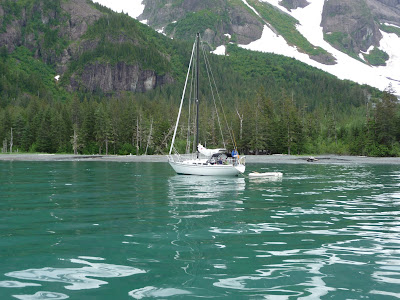 Posted by Tom Harrison at 8:51 AM No comments:

Jim Aumann emerged as the new Pirate King after a hard fought and water soaked battle on the high seas of Big Lake. The “race” included many shady pirate like happenings including a plundering of clue buoys by a certain notorious pirate. The race marshal quickly called upon the big boats to apply copious volumes of water to the offender and many small boats joined that fray.

Once back on shore, after the race, the battle started anew with dunkings, soakings, and buckets of water applied freely.

After a change of clothes an excellent pot luck fed the hungry mob with a large collection of delicious chicken dishes, sides and yummy deserts.

See photos of the event below. This reporter counts about 50 Pirates in the group photo. 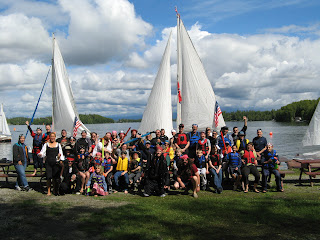 The Skippers and their Crewe assemble for the big race 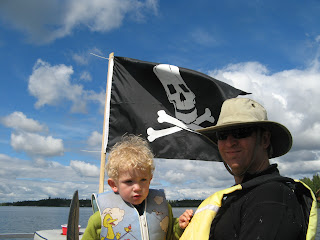 Captain "Always" gets some direction from Captain "Ollie"

Posted by nvr2mnybts at 7:02 AM No comments: 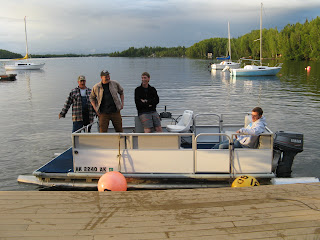 TL, George, Bruce, and Ryan bask in the Sun onboard the new Safety boat!! 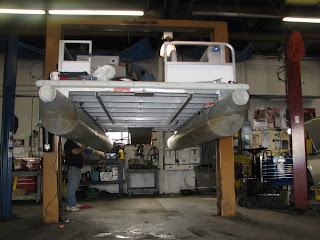 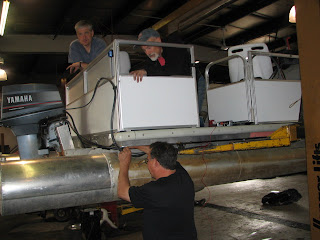 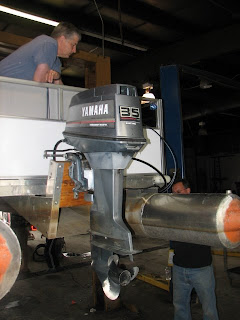 Boat. Tim, T.L.,Geoff, Jim, Bob, Bruce LaLonde, Greg and his son Thane all gave up a Saturday that didn't include sailing or beer. A special thanks to Greg for donating the outboard motor.

Bruce
Posted by bruceair at 4:31 PM No comments: 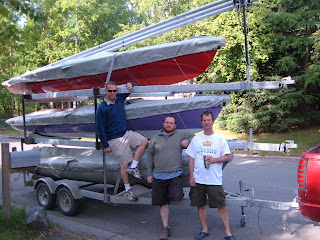 Geoff, Greg and Dave pose with the new boats that just arrived from America.
Posted by Onthewater at 10:38 AM No comments: 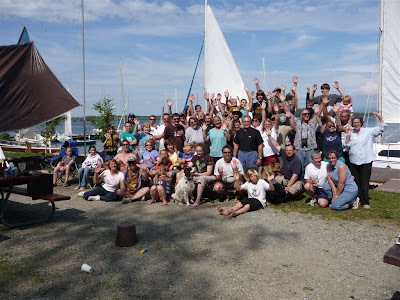 Below are five designs for a new Alaska Sailing Club logo. Jody has suggested that these be posted on the blog to let interested folks vote on a favorite. Check these out and see which, if any, you think might work. Feel free to mix and match elements between the designs.

They are black + white for now, so we can focus on just the design. Once we agree on a design, the next step is to make requested changes (font, color, layout, etc.) to arrive at a final design.

Please reply to me if you have a favorite and/or suggestions. If you have any questions, please feel free to contact me.

Posted by crosner at 1:10 PM No comments: