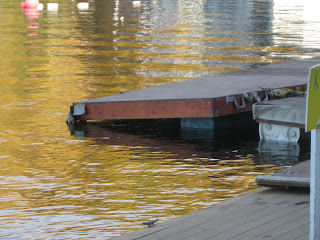 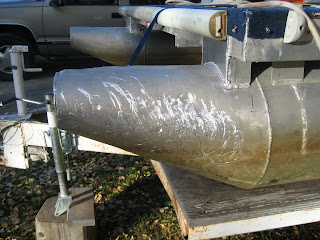 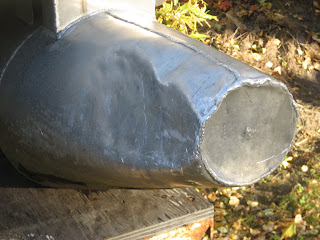 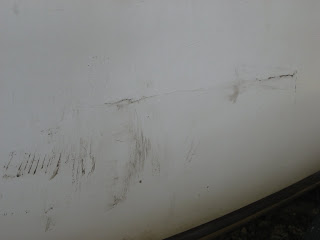 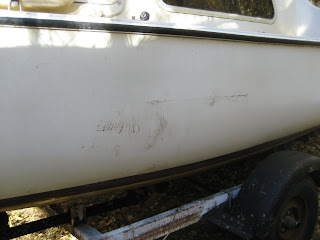 Everyone is so sorry to hear about the damage to Keith, Bruce & Tina, and George's boats. George lost his motor and has hull damage. Of course we have all heard that Keith's and the Lelonde's boats were severly damaged. Hopefully George will find his motor and repairs will allow everyone to sail next season.
The RL was damaged as well. It has a large area that will need to be removed. It is very soft and there is question if she is even worth fixing? Careful consideration will be given to the problem and no quick decisions will be made. The pontoon boat will need to have work as well. The most alarming problem is the severe shoreline erosion. I will post additional photos of that and the docks.
Posted by Jody at 2:04 PM No comments: 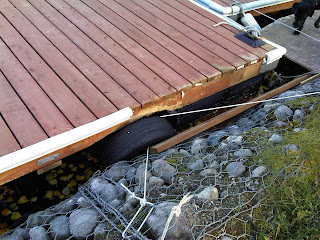 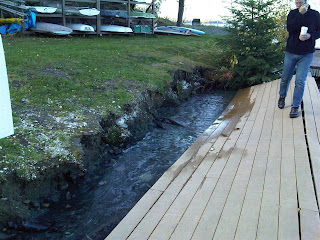 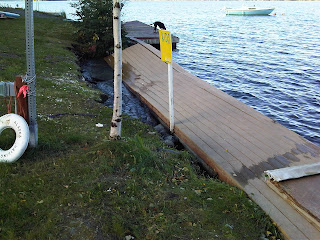 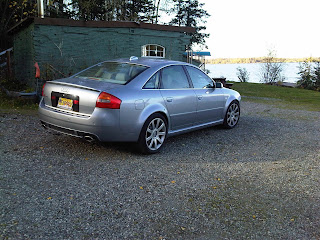 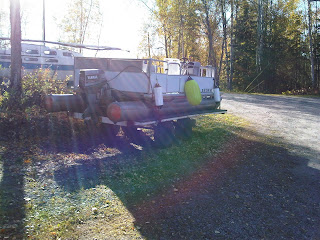 Posted by Cat Sailor Paul at 4:17 PM No comments:

I gave Paul the wrong information. In the results of the Frostbite Regatta the skipper of 2838 was incorrectly identified as Dawn Aumann when in fact the skipper was Tom Harrison.

It was wet, it was windy, it was light wind, it was sprinkles.... patches of blue sky appeared as the fleet pulled the boats after the last race...