Things will be slightly different this year for each of the specific series set out in the Standing Instructions.  Boats will be tracked instead of skippers as has been the case in the past for each of the race series.  Therefore, awards will be presented to the owner of the boat or in the case of a club boat - the individual who checked out that specific boat. Members in good standing will be allowed to check out an individual boat for an entire regatta series to compete if they so wish.  There are a number of valid reasons why this is being done so please ask if you have any questions or concerns.
Tom Harrison 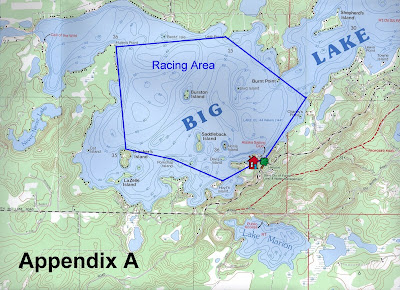 1 Rules
1.1  The Regattas will be governed by rules as defined in The Racing Rules of Sailing (2009 -  2012 Rules).
1.2  No national authority prescriptions will apply.
1.3  Any changes to Racing Rule(s) or Standing Sailing Instructions for a race event will be   identified in the Notices to Competitors and posted in the Alaska Sailing Club clubhouse prior to a race.
1.4  Specific boat class rules will not apply.

2 Notices to Competitors
Notices to competitors will be posted on the official notice board located in the Alaska Sailing Club clubhouse.

4 Signals Made Ashore
4.1 Signals made ashore will be displayed from the dock.
4.2 When flag Y is displayed ashore, rule 40.1 applies at all times while afloat. (Competitors shall wear life-jackets or other adequate personal buoyancy)

()* Denotes reserve days that may be used if races are not completed as scheduled or if the race committee considers it necessary that races will be completed on a reserve day.
5.2 The scheduled time of the warning signal for the first regatta race each day will be posted in the individual event’s sailing instructions. Generally, efforts will be made to signal the start of the first Regatta race at 1000 Local and Wet Wednesday races at 1915 Local.

7 Racing Area
Attachment A shows the general location of the racing areas.

8 The Courses
8.1 There are three potential types of courses that may be utilized. The order in which marks are to be passed, and the side on which each mark is to be left will be announced by the Race Committee prior to race. Courses may be windward/leeward, Triangle or Mixed.

9 Marks
Marks will be announced by the committed boat prior to the race. A race committee boat may signal a change to the course during a race.

13 The Finish
The finishing line will be determined and announced by the race committee prior to the start of the race.

14 Penalty System
The Scoring Penalty, rule 44.3, will apply. The penalty will be 2 places.

If no boat has passed Mark 1 within the Mark 1 time limit, the race will be abandoned at the discretion of the Race Committee.

16 Protests and Request for Redress
16.1 Protests shall be presented to race committee official within the protest time limit.
16.2 For all classes, the protest time limit is 15 minutes after the last boat has finished the race at hand. Protests do not have to be submitted in writing. This changes rules 61.2-3 & 62.2.
16.3 Competitors in which they are parties or named as witnesses will be notified by a race committee official. Hearings will be held in the vicinity of the Alaska Sailing Club clubhouse as soon as practical.
16.4 Decisions of the protest committee will be final as provided in rule 70.4

17 Scoring
The Low Point System of Appendix A of the racing rules will apply. Scores will be calculated using the 2008 Portsmouth Yardstick DPN rating for each vessel make and SailWave software will be used to calculate results.

18 Safety Regulations
18.1 Race Participants shall wear appropriate personal flotation devices at all times while racing.
18.2 All vessels must check in with the race committee prior to a race.
18.3 A boat that retires from a race shall notify the race committee as soon as possible.

19 Prizes
Prizes will be awarded to the boats placing first, second and third in the regattas.

20 Disclaimer of Liability
Competitors participate in the regatta and series races entirely at their own risk. See rule 4 Decision to Race in the Racing Rules of Sailing 2009-2012. The organizing authority will not accept any liability for material damages or personal injury or death sustained in conjunction with or prior to, during or after the regatta or series.